Nathan was elected to represent the residents of Hardwick on Cherwell District Council in May 2019. Born at the Horton, Nathan has lived in Banbury his whole life. Hardwick remains a special place for him as it is the area where he grew up. He attended Hill View Primary School, before moving onto North Oxfordshire Academy (formerly Drayton School). After this, he entered into employment-based training where he qualified with a local firm as a Chartered Accountant. He currently works for a small accountancy practice in Banbury town centre, where his client base mainly consists of local individuals and businesses. Nathan has a passion for sustainability, the environment and is a keen recycler, having also previously worked as a Refuse Collection Vehicle operative. He also serves on Banbury Town Council as a Councillor for the Hardwick West Ward. 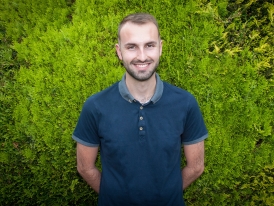