Mike was re-elected District Councillor for the Adderbury, Bloxham and Bodicote Ward in May 2019 having represented the area since 2016. He has lived in North Oxfordshire his whole life and raised his family here. He stood for election after deciding it was time to give something back to his local community. He strongly believes in retaining the important heritage of the four villages he represents, balancing new housing development with the village way of life.

With a voluntary reduction in licensing hours at Bloxham petrol station due to end next week, local Councillors are urging owners Motor Fuel Group to make permanent the change to alcohol sales to help tackle anti-social behaviour and noise in the village. 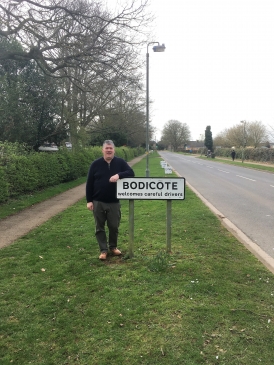