Andrew was first elected by the residents of Adderbury, Bloxham and Bodicote Ward in a by-election in September 2016. He has a proud military background but more recently has worked in various roles within the healthcare sector. He was the Practice Manager of Horsefair Surgery in Banbury before taking on a more strategic role supporting General Practice across the South East for NHS England. He has been actively involved in trying to improve the healthcare outcomes of North Oxfordshire residents and remains a prominent campaigner for the Horton General Hospital working with colleagues, residents, and Victoria Prentis MP to try and restore an obstetric-led maternity service at the site whilst supporting calls for fresh funding to make the Horton fit for the future. He currently serves as Cherwell District Council’s Lead Member for Health and Well Being.

Andrew has also led campaigns to improve local mobile phone service blackspots and press for the installation of adult disabled toilets or changing places facilities in Banbury and Bicester.

With a voluntary reduction in licensing hours at Bloxham petrol station due to end next week, local Councillors are urging owners Motor Fuel Group to make permanent the change to alcohol sales to help tackle anti-social behaviour and noise in the village.

The future of the Mill Arts Centre has been secured for the long-term following a transfer of ownership between two local Councils. 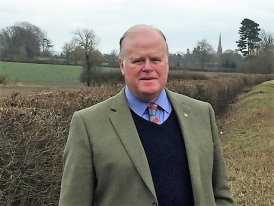