Victoria Prentis statement on the next General Election 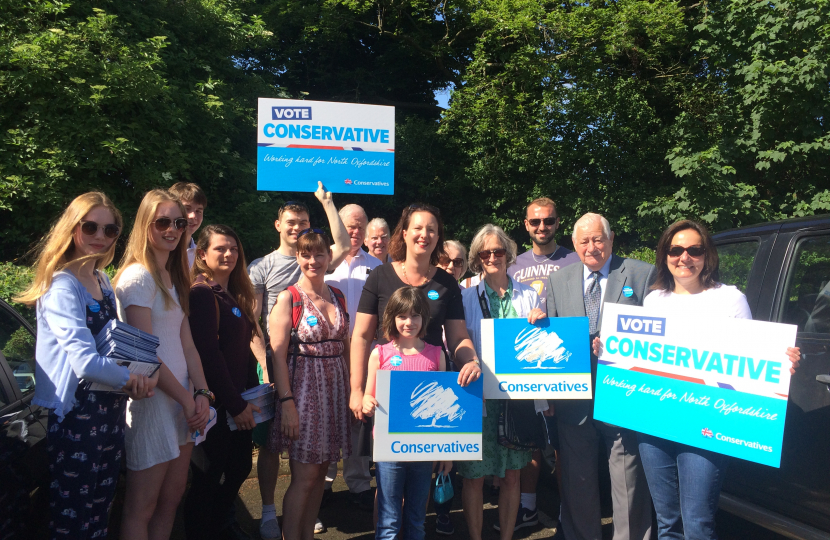 I can confirm that I have indicated to Conservative Party Headquarters that I will stand again at the next General Election. Alongside this decision, I have also had to state which constituency I would like to stand in.

We have always known that the boundaries of the current Banbury constituency would need to be revised. With a population of over 125,000 and an electorate of over 90,000, we are one of the largest Parliamentary constituencies in the UK, and we will continue to grow in the years ahead. What we did not know was when this might happen. We have seen a couple of proposals put forward by the Boundary Commission during my time as the Member of Parliament; the latest set are moving forward and would see the constituency effectively split in half, with the creation of a new Bicester and Woodstock constituency alongside Banbury.

Throughout the process, I have always said that I would go with the constituency where my home is. Based on the proposals, this would be in Banbury. As many will know, I was born at the Horton General Hospital and I have lived locally for my entire life. The Horton has always been my top priority. I am determined to do what I can to fight for its future and make sure it gets the investment it so desperately needs. I know that there are a number of other challenges we face in Banbury which I am committed to, including the continued regeneration of the town centre and mitigating the impact of the construction of HS2 locally.

While it is important for democracy that the boundaries are changed to ensure a fairer distribution of constituents across every constituency, it has made my decision today no easier. It remains a great privilege to represent the people of North Oxfordshire – all those in Banbury, Bicester and the surrounding villages. I want to reassure them that I will continue to work for them, and represent them in Parliament, up until the next election.

It will be for residents in Bicester and Woodstock to decide who they have as their new Member of Parliament, but I will do all that I can to make sure they have a smooth transition and the constituency is left in good hands.

I would like to thank all the members of North Oxfordshire Conservative Association, past and present, for their support for me and my family over the years. Many of them have been on this journey with me since my selection in 2014. After three General Elections and plenty of campaigning and events in between, I remain extremely grateful for their kindness, friendship, (and shoe leather!) over that time.