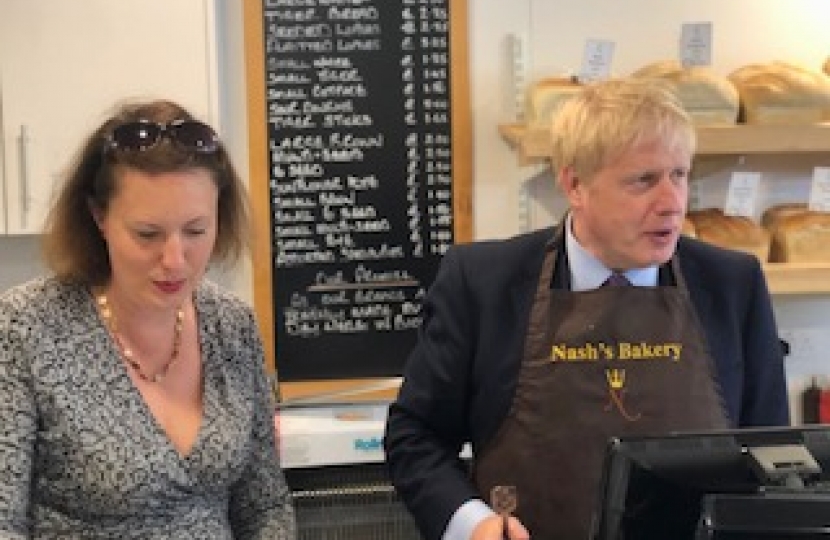 In her most recent column for the Banbury Guardian, North Oxfordshire MP Victoria Prentis discusses the change of leadership at the top of the Conservative Party and country.

"After seven weeks’ campaigning across the country, including a visit to Nash’s bakery in Bicester, Boris Johnson has been elected the new leader of the Conservative Party and appointed by the Queen as her 14th Prime Minister. Many of my constituents have been in touch to wish him well as we prepare to leave the European Union (EU) over the next few months. There is no doubt these are turbulent political times.

Both Boris and fellow leadership contender Jeremy Hunt presented a positive vision for the Conservative Party and for the country’s future outside the EU. There are a huge number of important issues that we must now get to grips with beyond Brexit; from investing in our schools and hospitals, police numbers, reducing the tax burden on small businesses and working families, and tackling the adult social care challenge once and for all.

I look forward to helping Boris deliver on his commitments to ensure the quality of the public services on which we all rely. As ever, the Horton General Hospital remains at the very top of my mind. Last week, I wrote to the Secretary of State for Health Matt Hancock MP requesting that the Horton be included within the recently announced upgrade plan.

The next few months will be a critical time as Boris’s new Government renegotiates our future relationship with the EU. I am still sure we need to make a deal or series of deals with the EU to ensure that British and EU citizens are not left in limbo and businesses are not suddenly facing huge tariffs. I really hope that we can put the divisions of the past few years behind us and leave the EU as quickly and in as orderly a way as we can."