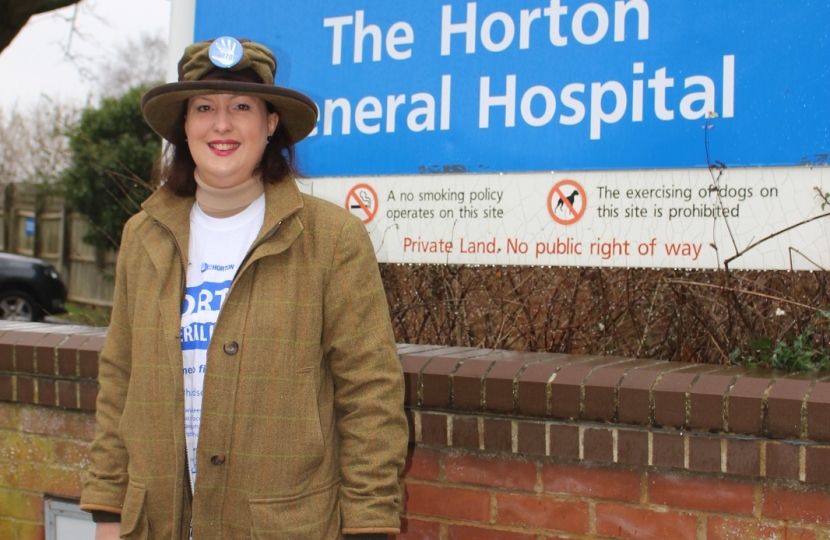 Today, Victoria Prentis joined fellow Oxfordshire MPs in a Westminster Hall debate called by Robert Courts, Member of Parliament for Witney, to discuss the future of healthcare in the county.

In her address, Victoria highlighted issues relating to population growth in respect of the Horton General Hospital, patient safety in transfers to the JR, and communication and accountability of the CCG. She emphasised problems with the processes followed by health chiefs in the County, particularly in relation to the split nature of the consultation and a lack of real engagement with local people. Towards the end of her speech, Victoria outlined the need for “reasoned and evidence-based conversations about the future”, expressing the determination felt locally to protect vital acute services in North Oxfordshire.

After the debate, Victoria commented: “I am very pleased that my neighbour and fellow local MP, Rob Courts, secured such an important debate in Westminster this morning. It is clear that we are united in our frustration with local health providers. The Clinical Commissioning Group must engage and consult local people properly, and across county boundaries, to enable us to move forward safely. The fight for acute services and local health care continues.”

You can read the full transcript of Victoria's speech here: https://hansard.parliament.uk/Commons/2017-10-17/debates/F599DBAA-FB8E-…