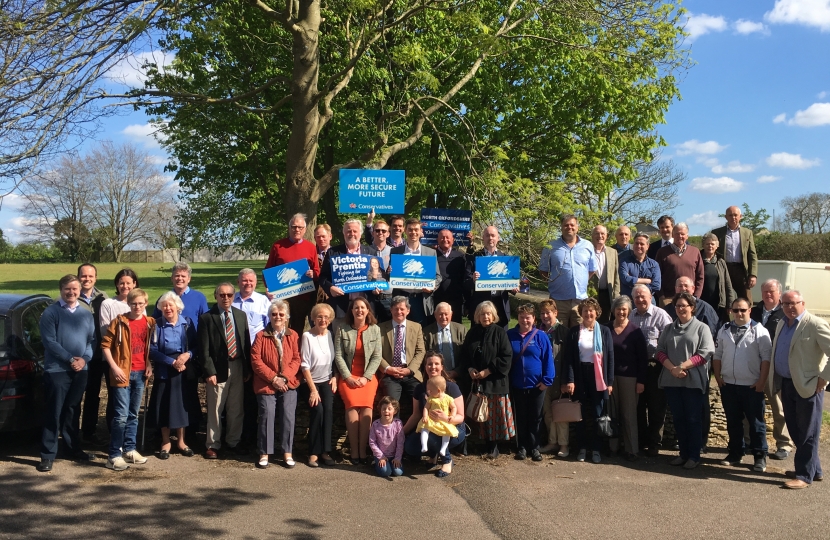 Victoria, who was first elected as our Member of Parliament in 2015, said:

"It has been a privilege to represent the people of North Oxfordshire in Westminster for the past four years. As someone who was born at the Horton and brought up locally, I am delighted to have been re-adopted as the Conservative candidate for my home constituency and I will be working hard to seek re-election on 12 December.

This is the third time in four years that I have had to ask the residents of North Oxfordshire for their support. Since the referendum, I have repeatedly voted to leave the EU in an orderly way. Regrettably, not all MPs have agreed with me and electing a new Parliament is now the only way to get Brexit done and bring the country together.

While we must deliver on the referendum result, I am determined to focus on local priorities: from fighting for the reinstatement of obstetric-led maternity services and securing investment to make our Horton fit for the future to improving access to GPs’ surgeries in Bicester and delivering a significant per-pupil funding increase for 18 schools across the constituency. I will also be a strong voice for our villages, whose character makes our constituency such a beautiful place in which to live, and for our growing towns of Banbury and Bicester, which continue to attract fresh investment and jobs.

I look forward to the campaign and I will be out across the constituency in the coming weeks. If you would like to join my campaign team or need to get in touch, please email me: victoria4northoxon@outlook.com."