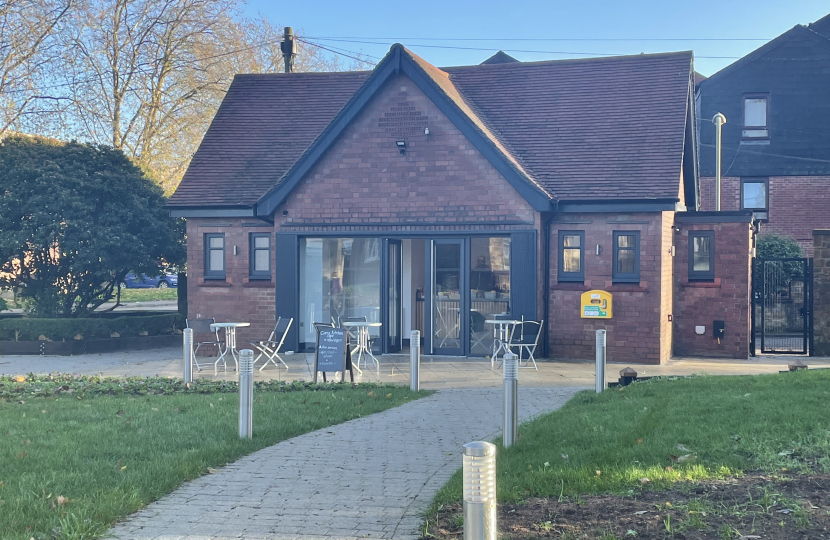 A brand new café has opened its doors in People’s Park.

Delivered by Conservative-controlled Banbury Town Council, the opening of the café follows the installation of a toilet block in the park last year. Both projects have seen disused buildings within the park repurposed for community use – the café is located in a previously unused Victorian brick building at the park’s Warwick Road entrance whilst the toilets are converted offices in the walled garden formerly used by the Council’s park rangers.

The new amenities are the result of a survey of park users in which a café and toilets came top of the most-wanted list and are part of a programme of improvements in the park which has seen the war memorial refurbished, the installation of new fitness equipment, improvements to the park’s footpaths, the planting of new trees and upgrades to existing facilities including the tennis courts and children’s play area.

Banbury Conservatives said: “The café is a wonderful addition to this much-valued community space and, together with the toilets, means that residents can use the park for longer. Residents wanted these facilities and we are proud to have provided them.”

People’s Park was bought as a recreation space for Banbury residents with money bequeathed by local benefactor George Vincent Ball. Banbury Town Council took over the running of the park in 2000 and has made notable improvements to the space whilst staying true to George Ball’s vision.