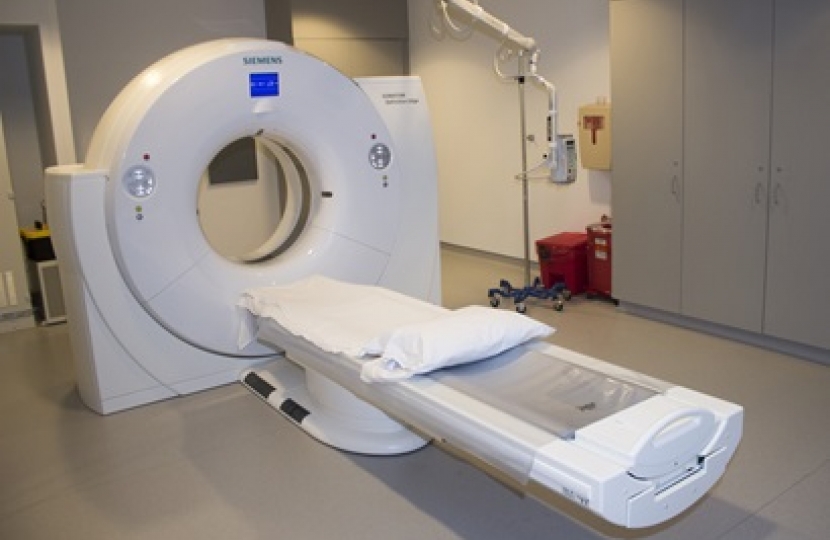 Controversial plans by NHS England to change the provider of cancer screening scans (PET-CT) in Oxfordshire will be referred to the Secretary of State for Health following an intervention from Oxfordshire County Council’s Joint Health Overview and Scrutiny Committee (JHOSC).

The world-class service, currently provided by Oxford University Hospitals NHS Foundation Trust (OUHFT) at the Churchill Hospital in Oxford, has recently undergone procurement with NHS England. Following that process, it was announced that a new provider, InHealth, would be taking over the running of the service. The decision has led to wide-scale concern over outcomes for patients in Oxfordshire.

Following confirmation of the changes, North Oxfordshire MP Victoria Prentis wrote to the Chief Executive of NHS England, to express fears about the decision, given the expertise offered by staff and clinicians at the Churchill. The matter was then referred to JHOSC for further consideration.

At a meeting of the JHOSC today, several passionate speeches were made by both clinicians and Oxfordshire residents in support for OUHFT’s specialist service. JHOSC committee members decried the lack of public consultation on the decision.

JHOSC Chairman, Councillor Arash Fatemian, County Councillor for the Deddington Division said he was “particularly stunned by the arrogance and complete disregard” for scrutiny engagement in decisions that have been made over the PET-CT scanners. He added that not referring the plan would set a “dangerous precedent” for healthcare commissioners not to consult with JHOSC before making significant changes in the County’s healthcare provision in the future.

The Committee unanimously supported referring the matter to the Secretary of State for Health for consideration. Until a verdict has been received, no changes can take place.

On the referral, Victoria Prentis MP said “I’m so pleased JHOSC have referred this decision to the Secretary of State. It is a very important issue for those living in Oxfordshire. My constituents must continue to receive the high level of care already offered by the OUHFT and their renowned PET-CT scanners. It really is a world-class service, and one which should continue to operate for years to come.”

The Conservatives will not tolerate prejudice or discrimination

We have commissioned an independent investigation any concerns about prejudice and discrimination head-on. Because no matter your background, you should be able to feel you have a home within the Conservative Party.