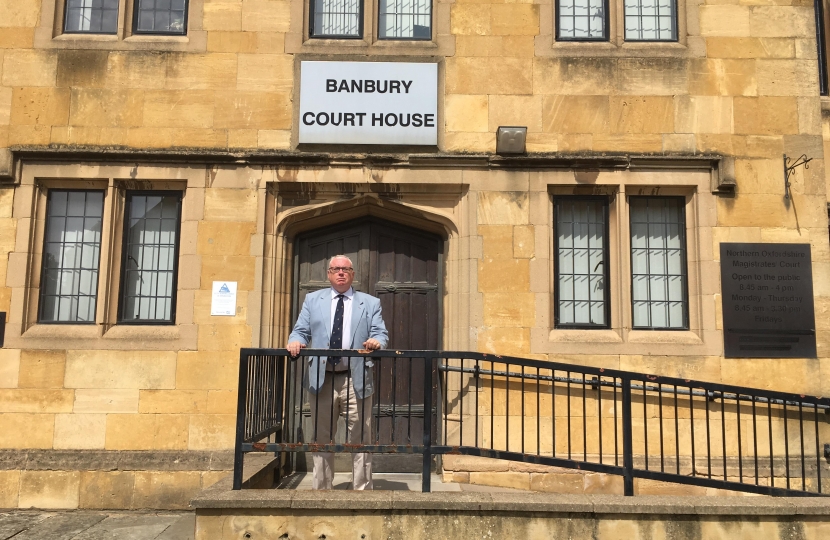 At a meeting of Oxfordshire County Councillors today, a motion on the closure of Banbury Magistrates’ Court and the future of justice services in the town was given unanimous backing.

The motion was tabled by Bloxham and Easington Conservative Councillor Kieron Mallon following the Ministry of Justice’s decision to close the Court back in July.

It read: “This Council decries the Ministry of Justice’s decision to close the Banbury Magistrates’ and County Court.

This Council notes that “the Banbury Court” is an integral part of the fabric of the town and is already a combined justice centre hearing both civil and criminal cases. The Council, therefore, rejects any suggestion that it is underused and further observes that the Banbury Magistrates’ and County Court provides an important alternative venue for criminal and civil justice, both in Oxfordshire and the surrounding counties, given the high volume of cases now heard out of Oxford.

This Council further notes the additional pressure that the closure would place on Oxford Court Combined Centre and considers that further centralisation of services to Oxford will put additional strain on City congestion and, notably, on local Banbury people and those in the surrounding area in need of access to justice, including the elderly, families with young children or without independent means of transport and those on low incomes.

Accordingly, this Council instructs the Leader to write to the Ministry of Justice to engage with local Councils, particularly in light of the joint strategic partnership now in train between Oxfordshire County Council and Cherwell District Council, with a view to exploring the options of utilising space in public buildings to continue supporting locally administered justice and the needs of the people of North Oxfordshire, and the neighbouring counties.”