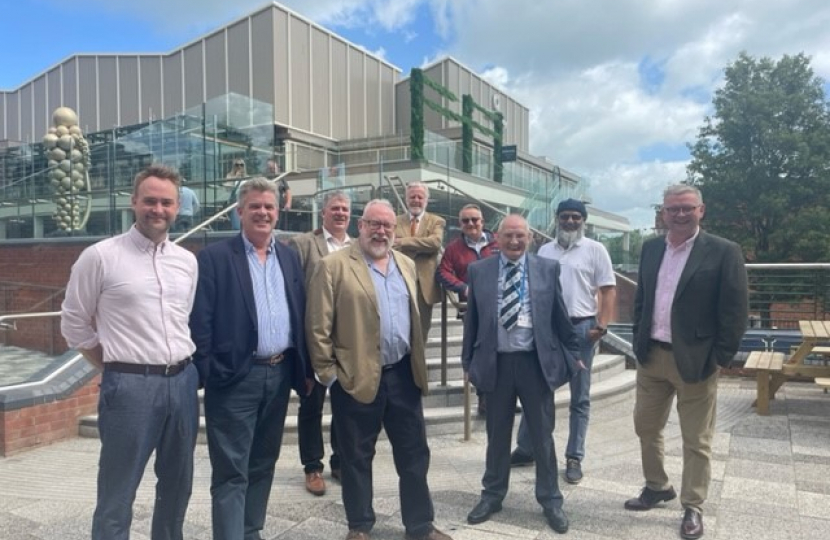 Banbury has a brand-new entertainment destination as The Light cinema and entertainment complex opens its doors on the town’s historic canalside.

The Light is the flagship venue of Conservative-controlled Cherwell District Council’s town centre redevelopment project. Its opening marks the culmination of years of vision and construction none of which would have been possible without the intervention of the Council who stepped in to deliver the multi-million-pound build in December 2017 when the proposed developer withdrew.

The Light is the penultimate piece of the canalside development. The first phase was completed last year with the opening of the Premier Inn hotel and Lidl supermarket. Three waterfront restaurants including Nandos and Pizza Express are opening soon.

Together the project is set to provide a major boost to Banbury’s nighttime economy whilst revitalising the canalside.

Banbury Conservatives said: “The opening of The Light is a landmark moment for Banbury. It is fantastic to see years of construction and promise realised. We know residents across Banburyshire have been eagerly awaiting the opening of this particular phase so this is a great day for them and for our town.

The District Council has been criticised by some naysayers for taking on this project. It was a bold move but one we have championed from the beginning and today tells us we were right to do so. It is a special site that will be transformational for Banbury.

We would like to thank all the partners who have worked with the Council on Castle Quay Waterfront and in particular The Light for delivering such an exciting and immersive entertainment experience in a genuine first for our town."

Transport Secretary Grant Shapps on building a railway fit for the future.