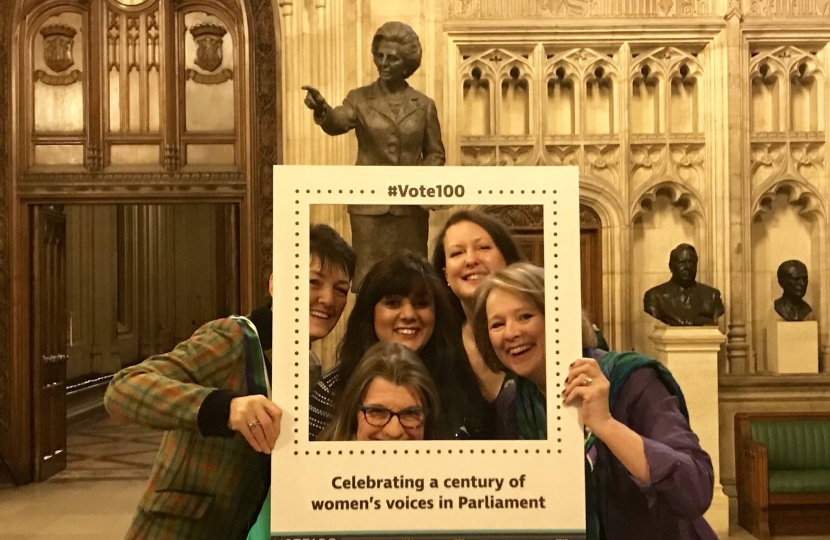 Today we mark 100 years since the first women gained the vote in Britain. As we remember and commemorate the brave and principled women who fought for the Representation of the People Act and paved the way for female representation at all levels of Government, North Oxfordshire Conservatives would like to pay tribute to our very own Victoria Prentis.

The ‘Banbury’ constituency has existed since 1553. Elected in 2015, Victoria was the constituency’s first ever female Member of Parliament and is just one of three Victoria’s to ever sit in the House. A sense of public service and duty continues to be Victoria’s main driving force as an MP. It’s something which runs deep in her family; in fact, Victoria has the unique position of being just one of a handful of daughters whose fathers also sat on the green benches.

Since her election, Victoria has been a vocal and unrelenting champion for North Oxfordshire. She has placed her heart and energy at the centre of local campaigns from fairer funding for local schools to HS2 and of course, the fight to reinstate consultant-led maternity and retain other acute services at the Horton General Hospital.

In Parliament, she has championed our area’s unique market towns and rural heritage, movingly helped to break the silence over baby loss and established the “Singing for Syrians” initiative which raises life-saving funds to support those most affected by the region’s conflict.

On this special day, thank you Victoria for all you do on behalf of the residents and businesses of North Oxfordshire. It’s not always possible to have the solution to every problem but we know you will continue to fly our flag in Parliament with passion and determination.