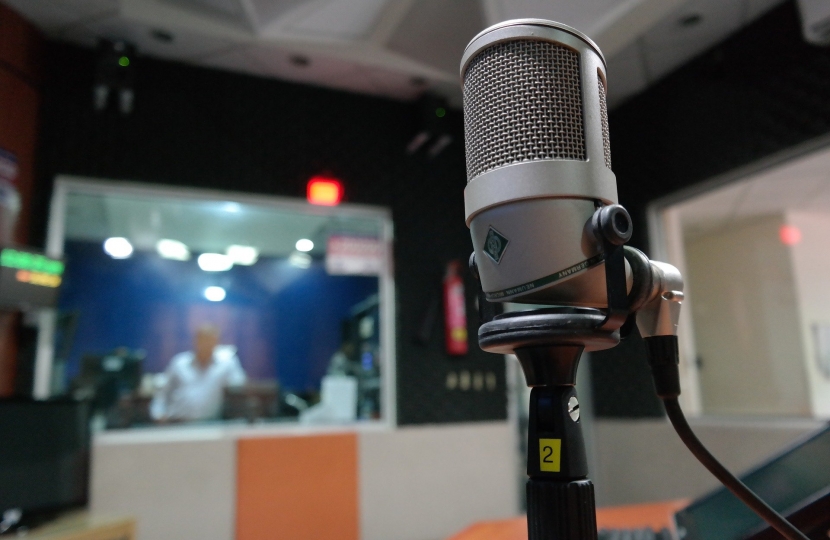 At a meeting of Banbury Town Council last month, Councillors expressed their collective support for Banbury FM in their efforts to secure an FM broadcast licence.

Banbury FM was born in 2001 with the aim of keeping local residents informed and entertained with local news and content. When the local radio licence was last out to tender in 2005, Banbury FM lost out to another broadcaster which has since been sold to Global Radio. Like many other broadcasters, Global is a wrap-around channel which means it has less localised news and information.

This has left a gap in the market for a more genuine local radio station. Banbury FM has continued to operate but can currently only do so online. With Banbury presently underserved by the other broadcasters licenced to cover the town, Banbury FM has approached OFCOM about applying for a small-scale multiplex licence which would allow them to broadcast not just online and on DAB, but via FM radio too.

If successful, it would mean that Banbury FM could reach a much greater audience with their reach stretching from Banbury and the local villages down to Bicester and potentially across to Brackley and that residents will have unrestricted access to a more localised radio station.

Speaking afterwards Kieron said: “I am pleased that Councillors from both sides of the political divide supported this motion. Local radio is an important part of the social fabric of any community. It serves an important purpose, not just to keep us entertained as we travel around or listen at home, but also to keep us up to date with local news and report back on the issues that matter to local people. It supports local businesses, publicises local events and increases the pride people show in their area.

In my opinion, our town, and its surrounding area, is underserved by the current broadcasters. A radio station dedicated to the residents of North Oxfordshire is much-needed and we are keen to support Banbury FM where we can.”

“This Council welcomes Banbury FM’s objective to secure a licence to provide a locally run radio station dedicated to the listeners of North Oxfordshire. More particularly, this Council supports Banbury FM’s aspiration to operate the local DAB multiplex and to secure an FM community radio licence when they become available. This Council requests that the Leader writes to Ofcom and the Secretary of State for Digital, Culture, Media and Sport (DCMS) to convey our support to Banbury FM for its initiative to persuade Ofcom of Banbury FM’s community-mindedness and licensing credentials to ensure that Banbury FM’s laudable aims can be realised”.